I’ve talked about thorns and cabins and lost trash of wandering hunters, but not about the land. Let me give you the layout. Let me situate us.

When I first grew a deep love for the farm, Aunt Gretchen sent me over an aerial shot of the land, taken back in the 1970s when it was bought. Looking at this view I realized, in the few times I’ve visited the farm, I had only barely scratched the surface. 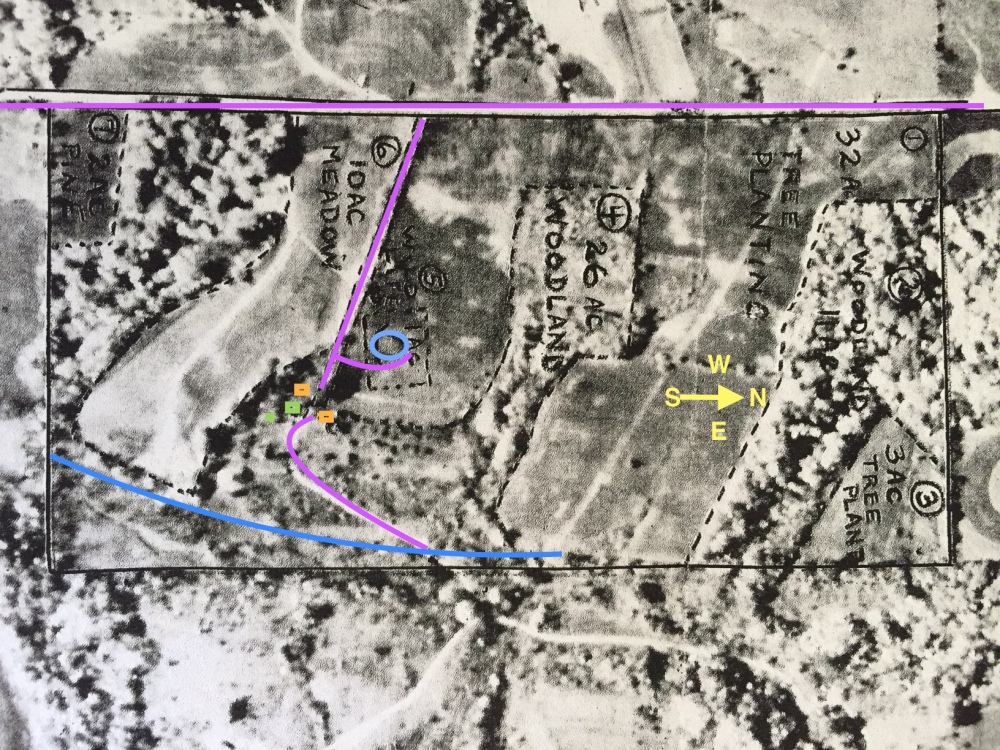 The purple lines represent the paths that still exist today. One major lane from the road down to the cabin, one up to the pond, and one barely still surviving making its way down to the creek.

The blue lines are either the pond or the creek.

The green is where I will be building!

Here’s a current satellite shot of the land. Trees! 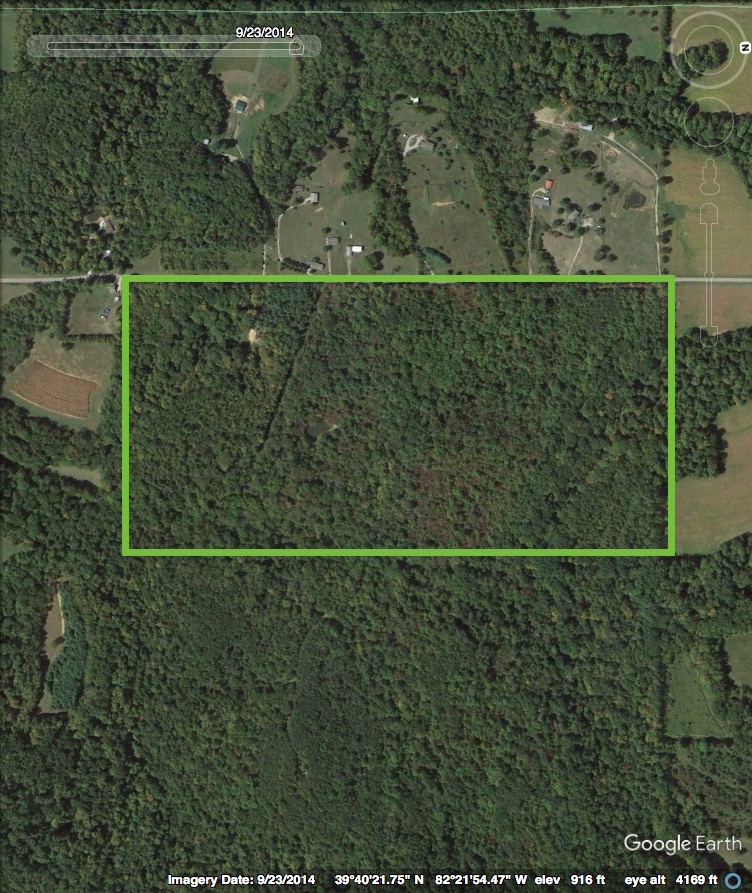