In just a few short weeks, the weeds are crawling up past my knees again, reaching for the sun. Land that I had cleared was already being reclaimed. One thing has become clear in the couple years since starting this project: keeping the land tamed for actual use is going to be the biggest battle.

When my grandpa first bought the land he had a big ol’ tractor to help him mow. I’ve got a little shitty push mower I bought for 40 bucks off a neighbor. Sometimes it whines when I pull the cord to turn it on, but it’s my trusty tool.

There is so much land that I want to explore, but so much overgrowth that I’ve barely trudged around half of it. The whole north part of the farm lies unexplored by my boots. My old friend from college, Bill, came to visit me back in 2015. It was when the farm was still a new place, when I had only been down a few times.

We brought “mom’s favorite tool,” a tool called either a manual weed wacker or whip. She had lent it to me, recognizing I’d need something to whack away the undergrowth. I had been working on clearing the path up to the pond, which was exhausting work. It was like swinging a golf club 10,000 times, hitting 10 pound balls each time. Let me tell you, after 2 years of using that whip, my obliques are stronger than they’ve ever been. 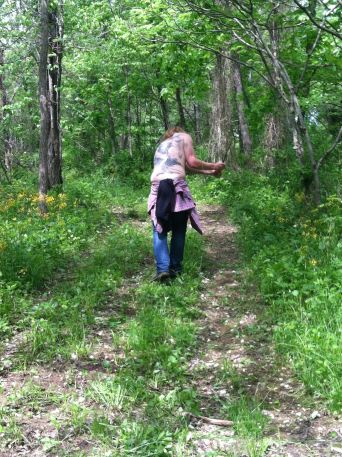 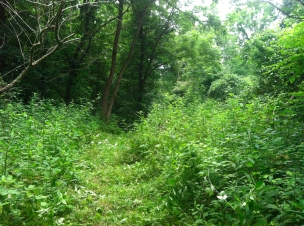 Bill helped me out clearing the path with much delight. He was like the train that could- he probably would have cut miles of paths that day! We made it up to the pond and even a bit farther to my favorite pine tree grove my grandparents planted all those decades ago.

Exhausted from swinging the tool and hauling old tires around into one pile, we drove back up to the big city and went to Brother’s Drake. Cheering to our health and to the gods, we gulped down the mead and dreamed about what the land could be.

Now, 2 years later, I still enjoy a cold drink of something when I come back from maintenance days. It’s never easy, even with a lawn mower now. But the important thing is that there is ample space to camp and paths up to the pond and down to the creek. Mom’s favorite tool is reserved just for hacking away new paths now, but I’ve developed such a deep relationship with that thing I don’t know if she’ll ever get it back.