A long lamented fact of living in Columbus, the swimming options that aren’t chlorine-filled with screaming children are few and far between. It’s pretty much Alum Creek or bust, and that’s not quite the cleanest water you want to float in.

The pond at the farm is more than ideal. Finally, us city dwellers had a swimming hole to revel in during the Summer. It’s small so not completely freezing. It’s only one hour away. It’s totally remote so clothes are completely optional. It’s deep so dunking and diving is welcome. The only thing it was missing was a dock. 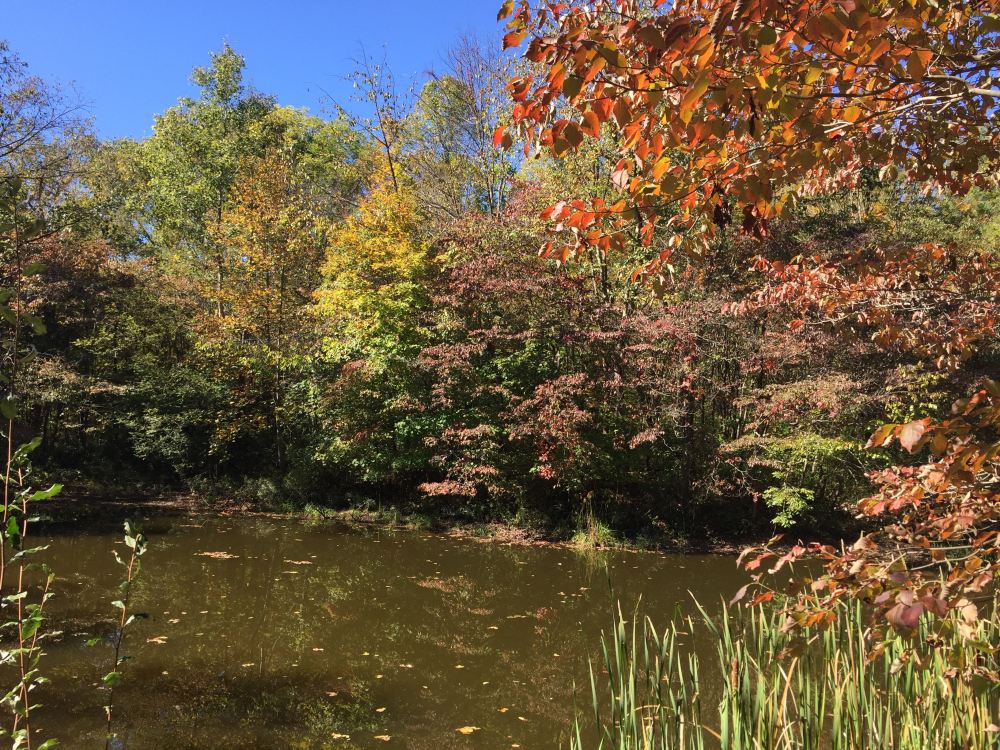 To enjoy the swimming hole you had to slide down mud and prickly thorny plants, slurp through ankle deep sludge, then belly flop and wiggle out to deep water freedom. Not exactly the most pleasant. Big pine trees give wonderful cool shade and a soft bed of pine needles to lay your towel on, but you have to be careful you’re also not laying in a bed of poison ivy. But to be fair you also have to worry about laying in beds of poison ivy anywhere at the farm…

Emily wanted to have her birthday celebration at the farm this year, and my present to her was a floating dock. Not only would that solve the mud and thorns problem, but it would also be a ivy-free way to just laze around by the water.

I did a bit of research on Pinterest to get an idea of what I wanted to build then started sourcing materials. All in all I built a floating dock float-y (is that a word?) enough to hold 4 people for about $100. It was all about repurposing materials!

The key to the recycled materials was making sure I didn’t get treated pallets or barrels that held any type of chemical. I wanted to keep the pond as clean as possible for as long as possible.

Ripped apart and put back together pallets 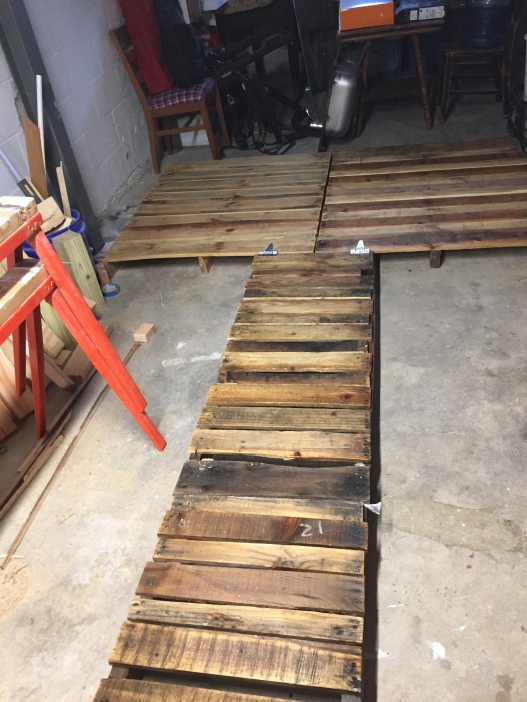 Making sure it all goes together

Let me tell you, pulling apart wood pallets is not as easy as it should be. The nails used to make pallets are called spiral nails, which means they are a demon child mix between screw and nail. All that means is that you can’t just pull them out easily with a crowbar or hammer. It sucks.

After dismantling the pallets and putting them back together again, I sanded it down multiple times in the hopes to not give everyone a million splinters. I can’t guarantee that isn’t still a risk though. Once cleaned and sanded I finished it with linseed oil, a natural wood sealer. Again this was to help lessen splinters and try to make the dock last a bit longer.

That was pretty much it. After multiple trips down to the farm, taking a barrel or two with me each time with help from some friends, eventually the dock was hauled up to the pond. Emily and I dug the post holes that was going to anchor it into the ground and it was all ready to assemble.

Assembly was pretty easy, as I had already drilled all the pilot holes. I tied 3 barrels onto the two pallets, flipped it over, and pushed it into the water. Holy hell did it float. Barely 3 inches of the barrels were underwater. At first I thought this was great news- that means it can hold a lot of weight! From the research I did each barrel could float about 250lbs, so minus the weight of the dock that should be about 4 people with 3 barrels underneath. Awesome! 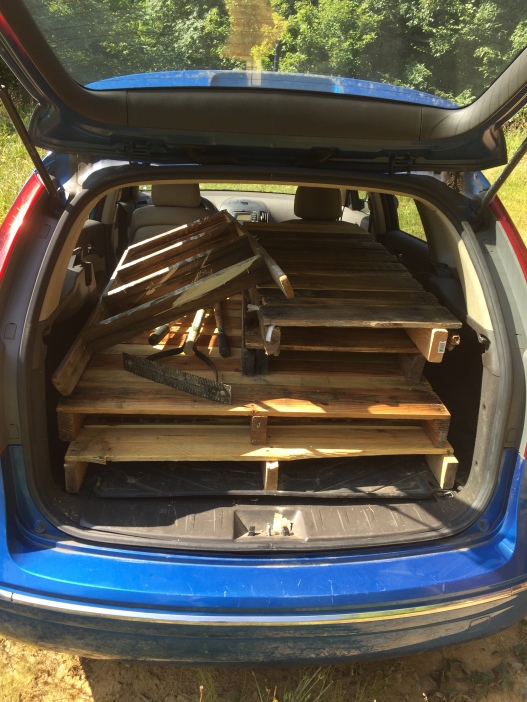 Packed up and ready to go 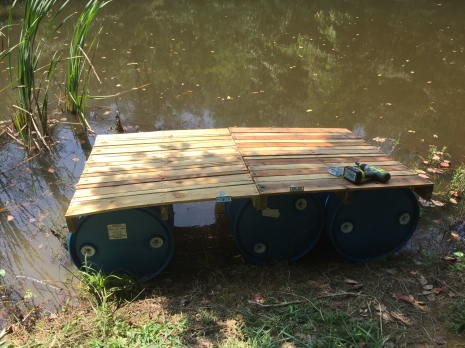 Well, not so much. I assembled the walkway and pulled the dock toward it. As soon as I had the walkway attached the dock folded like origami. Duh. Of course I should have thought to balance the weight of the walkway with the 4th barrel.

With the dock floating so enthusiastically the difference between the extreme height and the level of walkway failed. It put too much pressure on the joint of the two pallets I used on the walkway and caused the support to split a little bit.

Luckily these are all easy fixes. I just need to get 2 long cedar boards, which last long in wet conditions, to support the walkway, and lash the 4th barrel on the end of it. I’m also going to fill a couple big coffee cans with cement with a hook in them to attach to end of the dock in the water. The sunk coffee cans should help stabilize the dock and help counterbalance the walkway weight.

Unfortunately we didn’t end up getting to celebrate Emily’s birthday at the farm, as I was having recurring asthma attacks from allergies, but the dock will be ready to go next Summer! And we can’t wait!